These were my last two days in Charleston. This all actually happened about two weeks ago at this point, but I find posts like this very interesting and fun to read so I hope you all do too. I might as well give you all a heads up while I’m at it because this is going to be a pretty long post. I probably could’ve separated this into two posts but I figured you all might be getting tired of Chartelstong posts. So this will be the last one.

Poogan’s Porch is one of the more iconic restaurants in Charleston and has an interesting story as to how it got its name. The ghost stories didn’t stop at my last post, because Poogan’s Porch has a ghost story of its own. When the owners bought the place a dog game with it. It was a place where sailors would live when they weren’t on the boats and as it happens when the place sold, one of the sailors left their dog. The new owners of the building found the dog a home not far from the soon to be restaurant.  The dog would come back every day just to go sit on the porch. No matter how hard they tried, he would always return and so the restaurant was named Poogan’s Porch. Poogan would say hello to the customers and soon became best friends with the regulars. Poogan past away a few years ago and was actually buried on the property right by the porch. Some of the regulars still feel him rubbing against their legs and others say they still hear him.

Poogan’s porch is very close to downtown which makes it convenient to go out and explore downtown. We explored a lot of the old churches as well as walking through their graveyards because they are quite beautiful and some even date back to the 1500s. 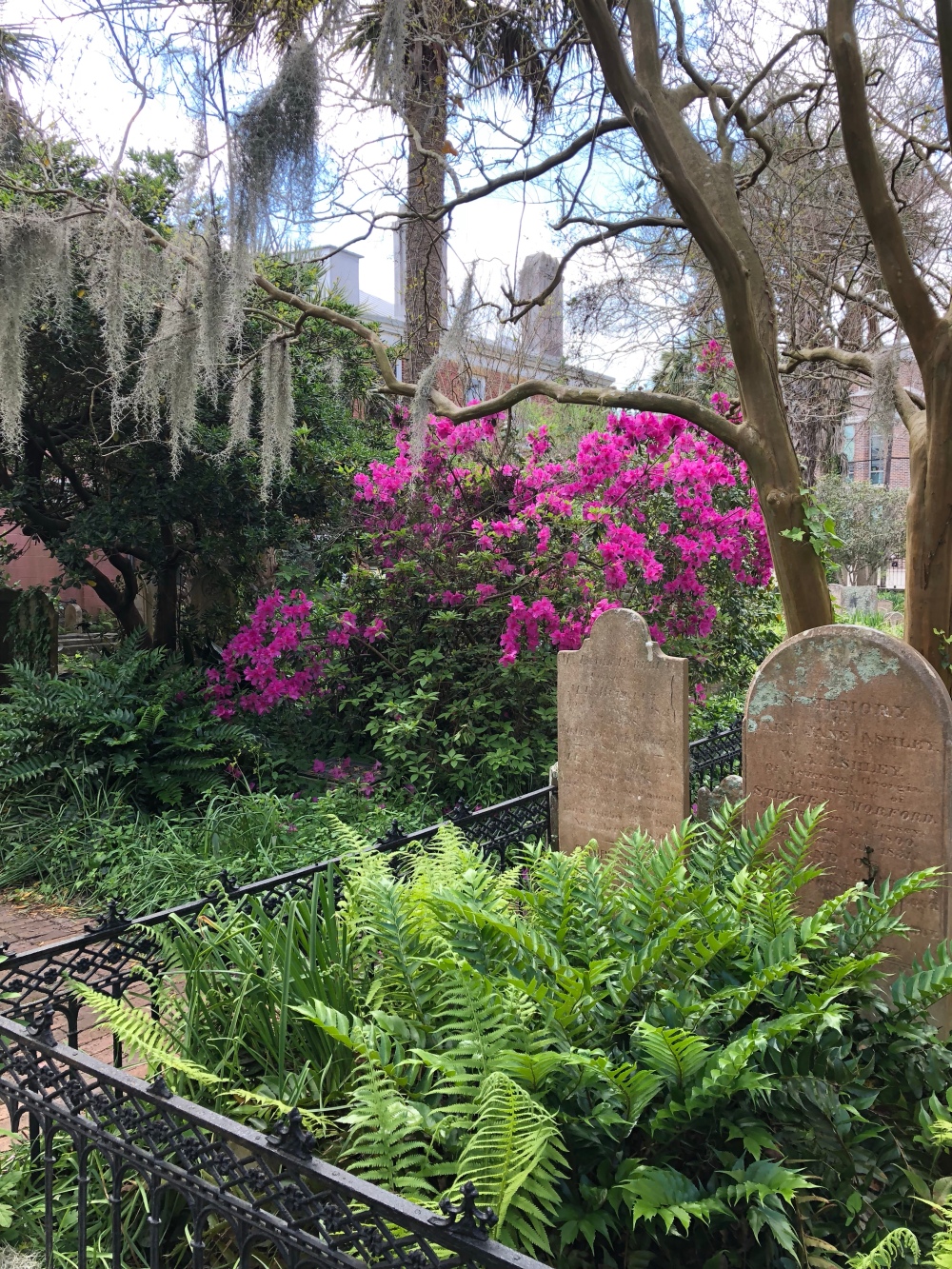 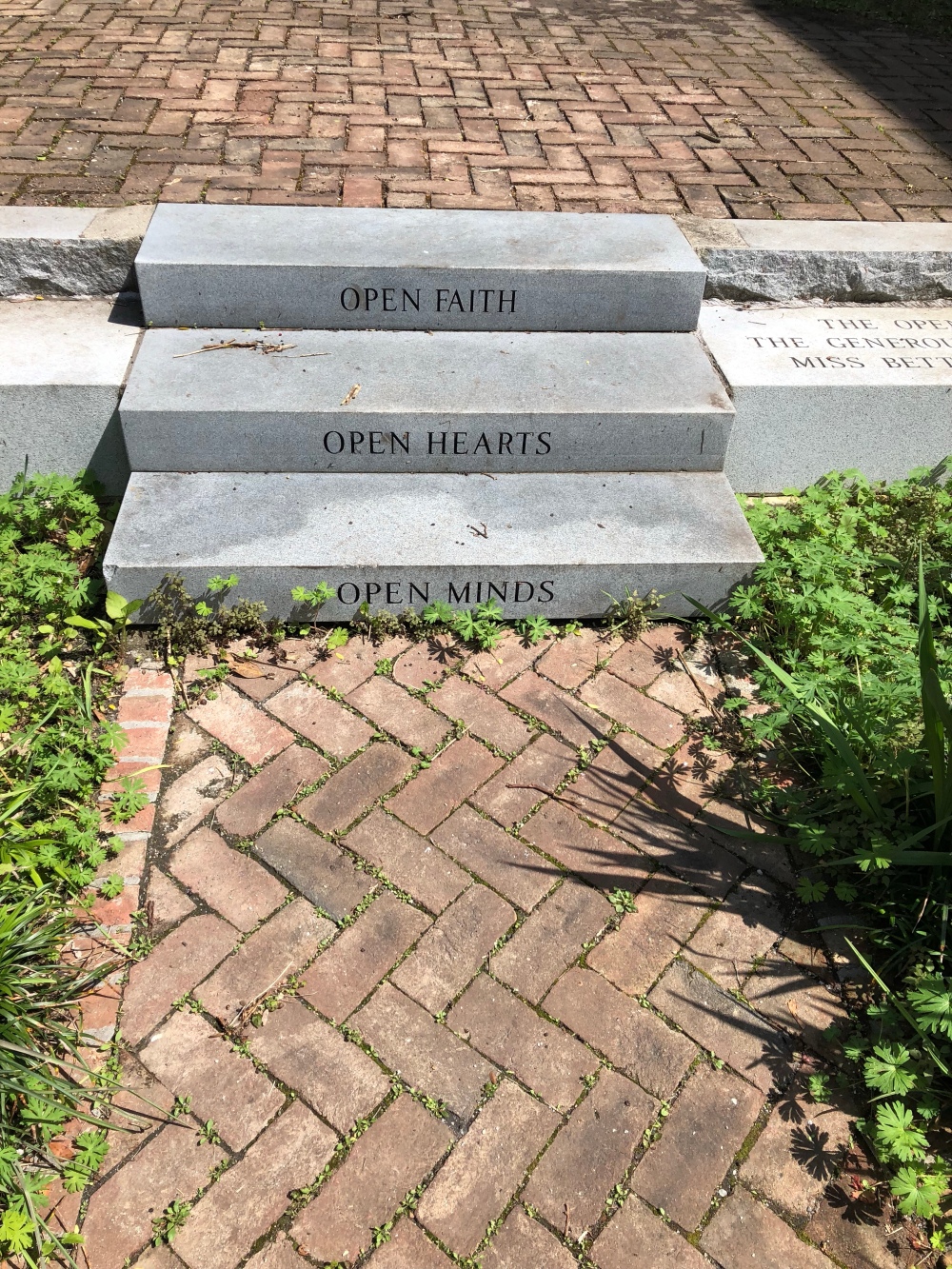 While just exploring around we stumbled upon the Dock Street Theatre. It is a really beautiful theatre and it’s even free to walk through so that was a nice added bonus.

I, like many people, had looked up some of the popular spots in Charleston through Pinterest and found the little pink house. At one point it was a museum of some sorts but once we had found it, we discovered that it was closed. It is very popular for pictures but it is on a rather busy road and so, unfortunately, it was filled with cars and I can’t photoshop cars out. It is probably a good thing though because it saved me from being yet another basic b*tch, but who am I kidding I’m pretty basic. On the way to there though, we walked past rainbow row… que the basicness.

We had been walking around for some time and just wanted to enjoy the weather for a while so we went back to the Waterfront Pier and just relaxed on the swings and then on a bench by the water. The aquarium isn’t far at all from the pier and those dolphin regulars that they have happened to be out in front of the pier and ao we just watched them swim around for a bit before we headed back to our car. We went back to the house to get ready for dinner. The place we had decided on was Tavern and Table. It is a really nice restaurant and has really nice decor. I absolutely loved it! I’m not the biggest fan of seafood other than shrimp so I ended up just ordering a caesar salad and soup. 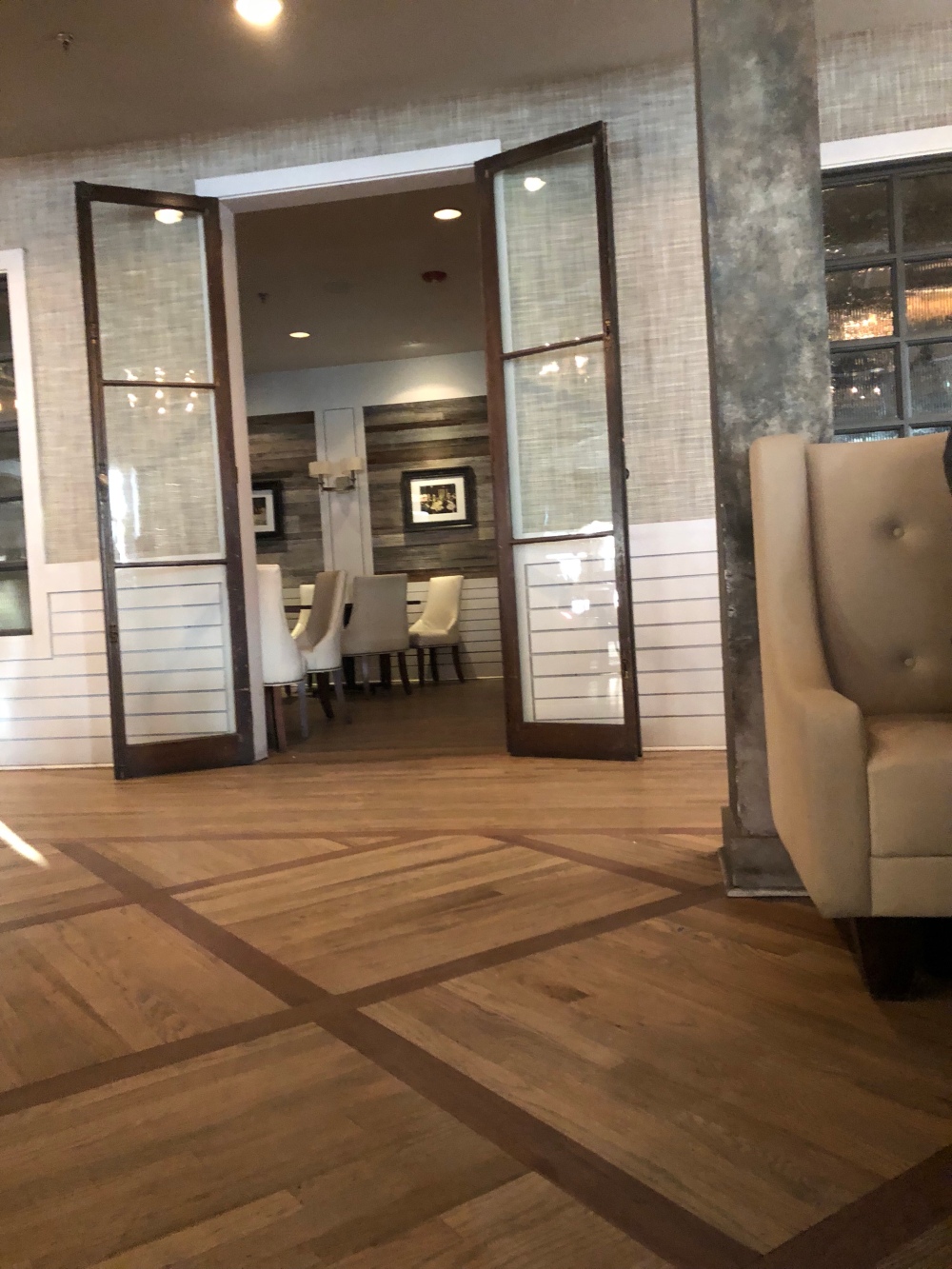 Our trip concluded with day 5 in Charleston. I really enjoyed Charleston and wish we could’ve spent more time there but 5 full day is a good amount of time thinking about it, vacations always seem sooo much shorter than they are.

The weather was supposed to be the nicest on our last day and so we saved visiting the plantations and angel oak tree for that. The house we were staying at was actually on Mount Pleasant and so we had a little bit longer of a drive to the plantations than if we were in the city.

The first plantation we visited was the Charleston Tea Plantation which is home to the only tea plantation in the United States. They let you try all of the various flavours in their gift shop for free, but if you want a tour of the plantation, I believe it cost around $8. It was a really unique experience and it was also quite ironic because I went on vacation to escape where I am from and the trolly they use for the tours is a retired trolly for the jockeys at Churchill Downs. 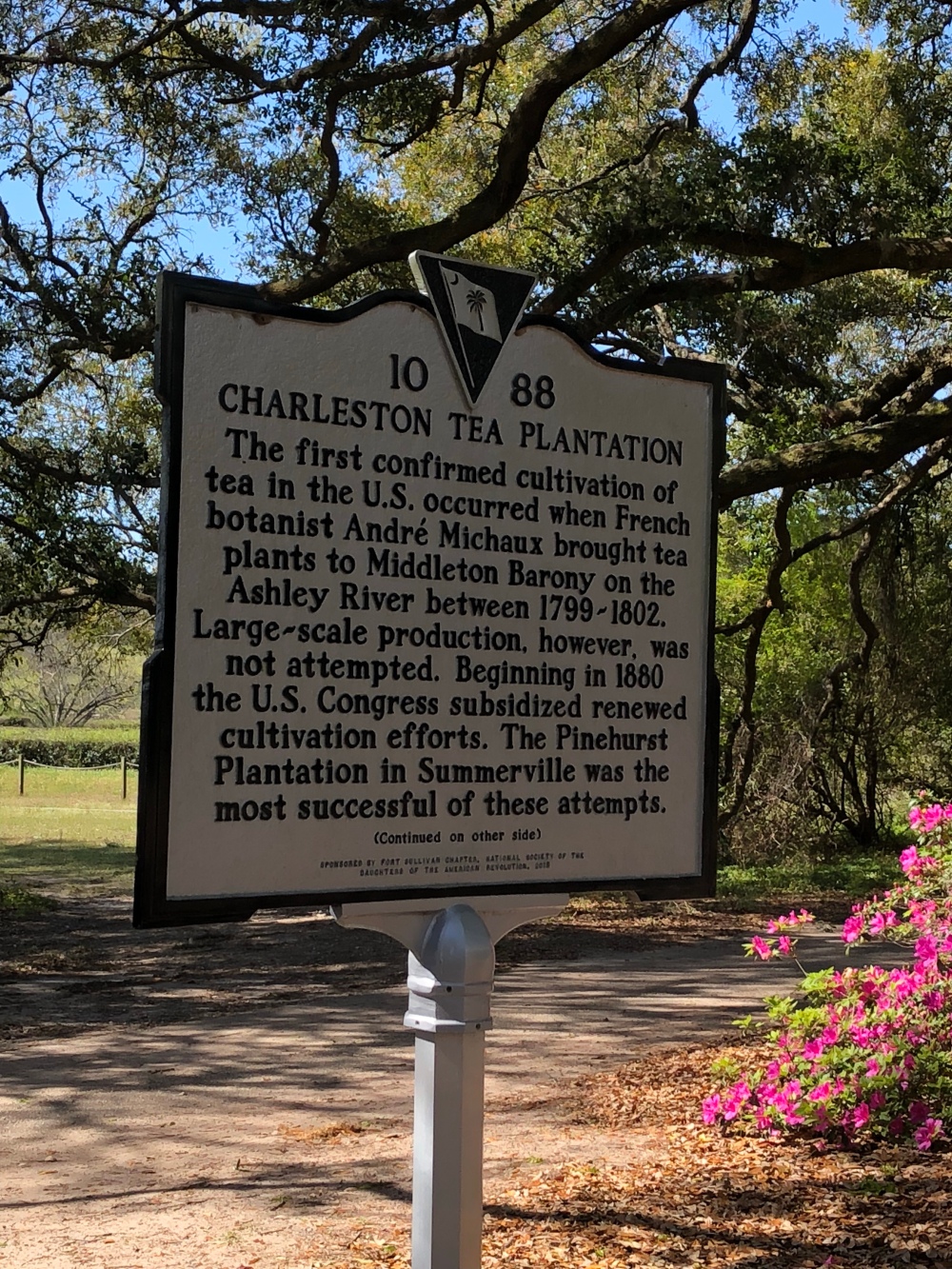 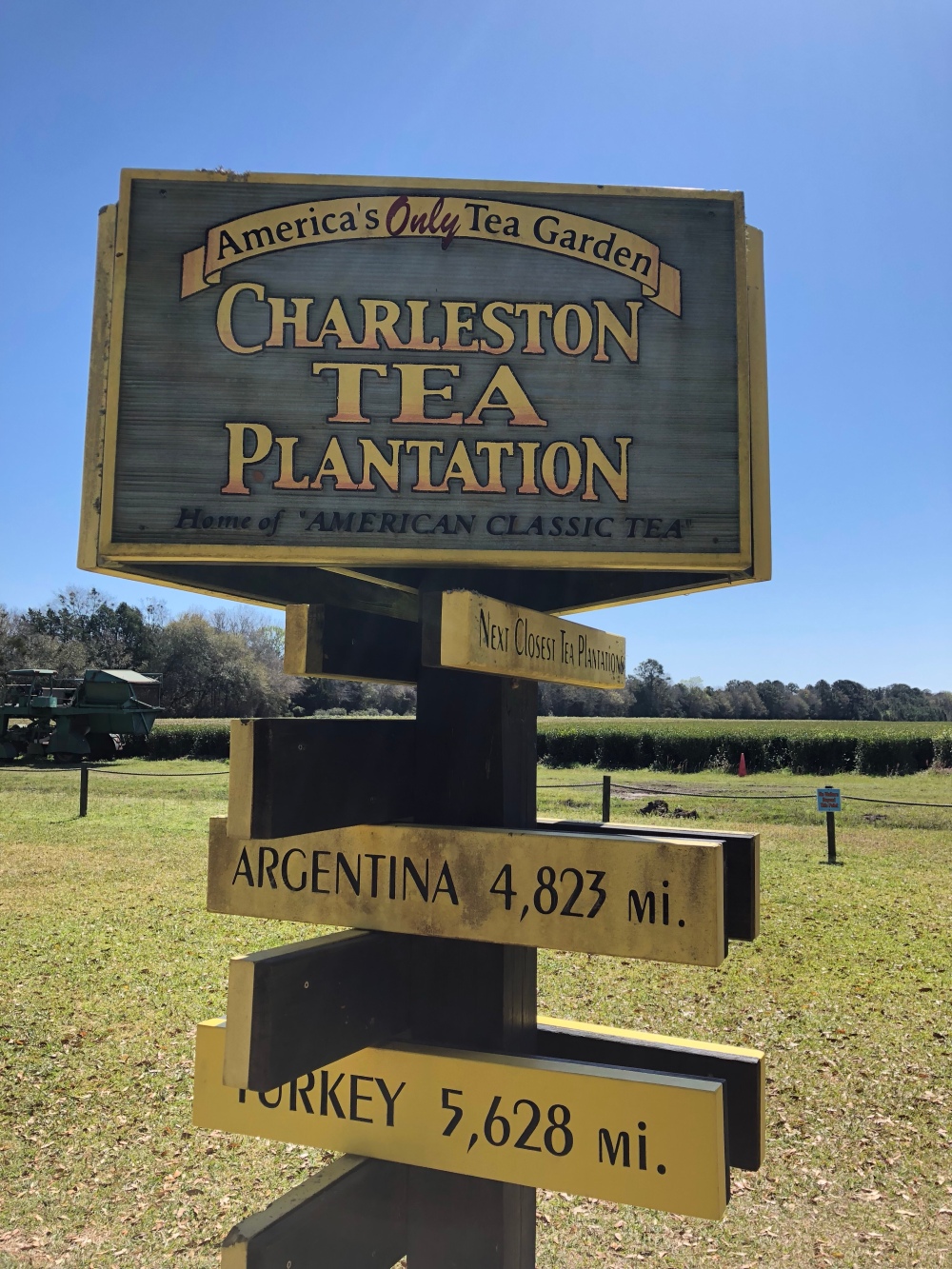 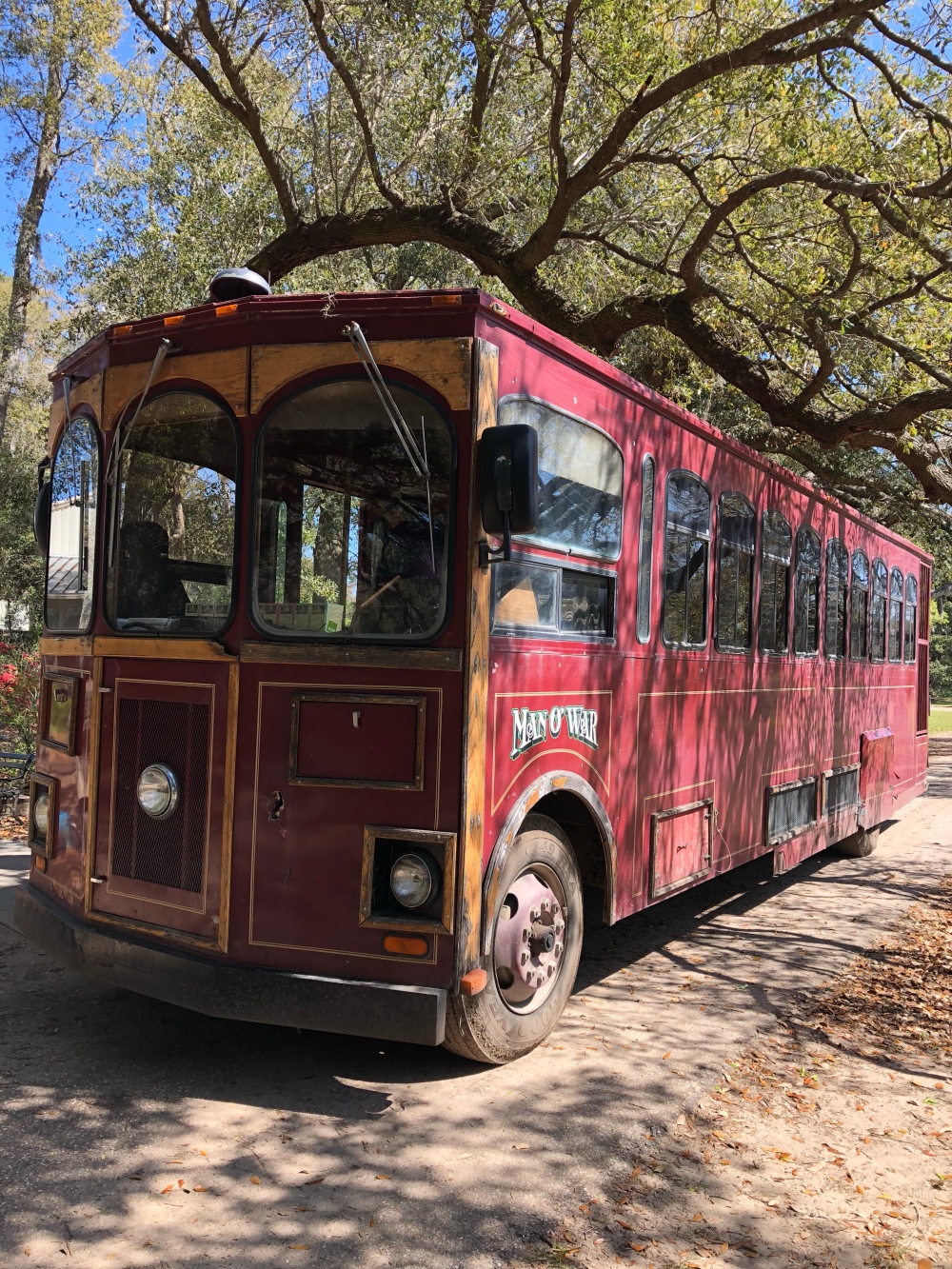 We didn’t stay longer than a couple hours at the tea plantation because the main attractions were the trolly tour and their factory tour which combined only takes about a little more than an hour to complete if the timing is right. I really wanted to visit the Angel Oak tree while we were out in that area and fortunately for us, the Angel Oak tree was actually on our way to the Magnolia Gardens and Plantation which we were heading to next.  It was at least noon by this time and I was getting really hungry so I looked for whatever was around us an there happened to be a quaint little restaurant called the Angel Oak Restaurant. This place also had amazing decor. It might just be a me thing because I like that southern rusticy decor. 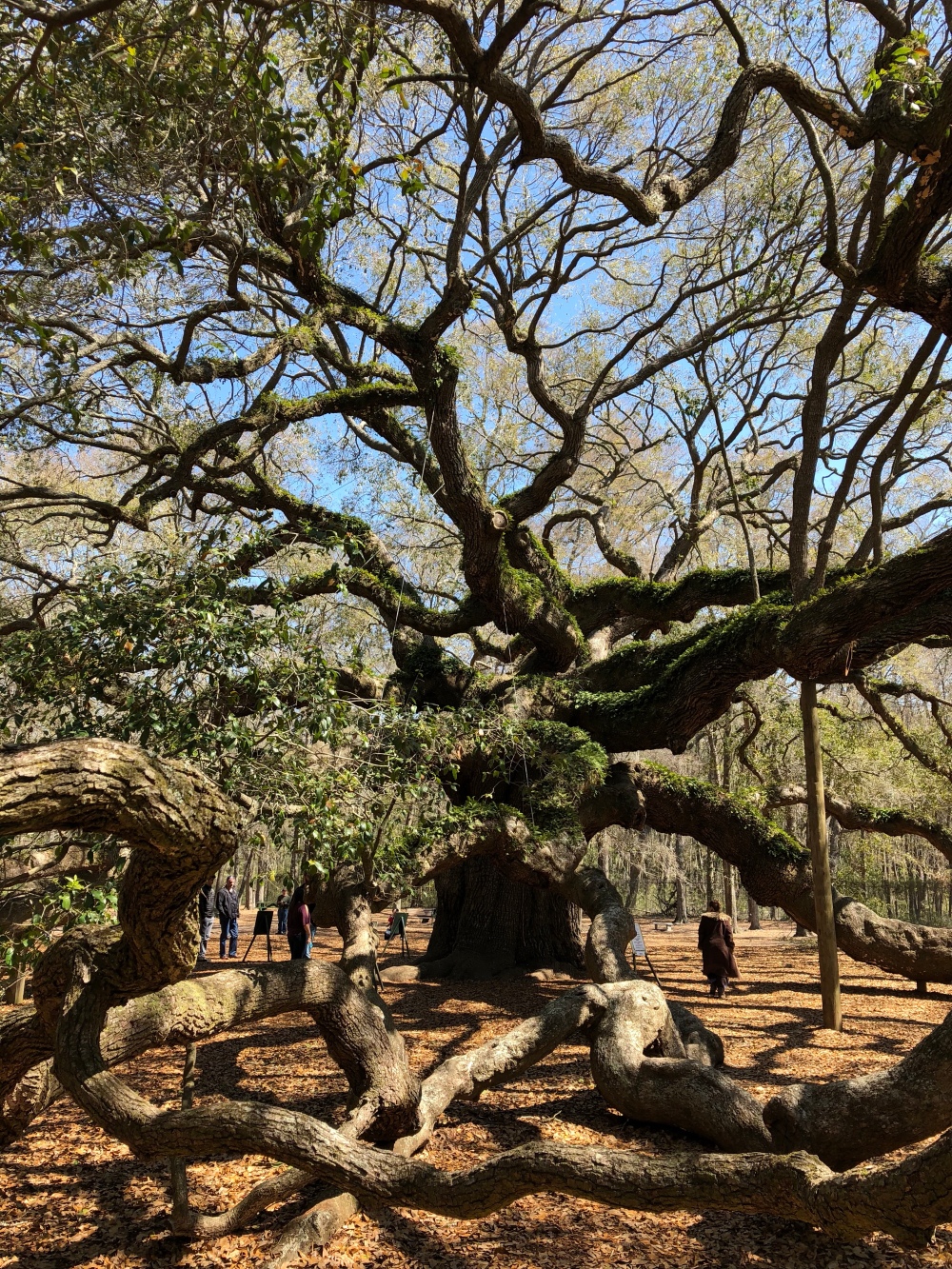 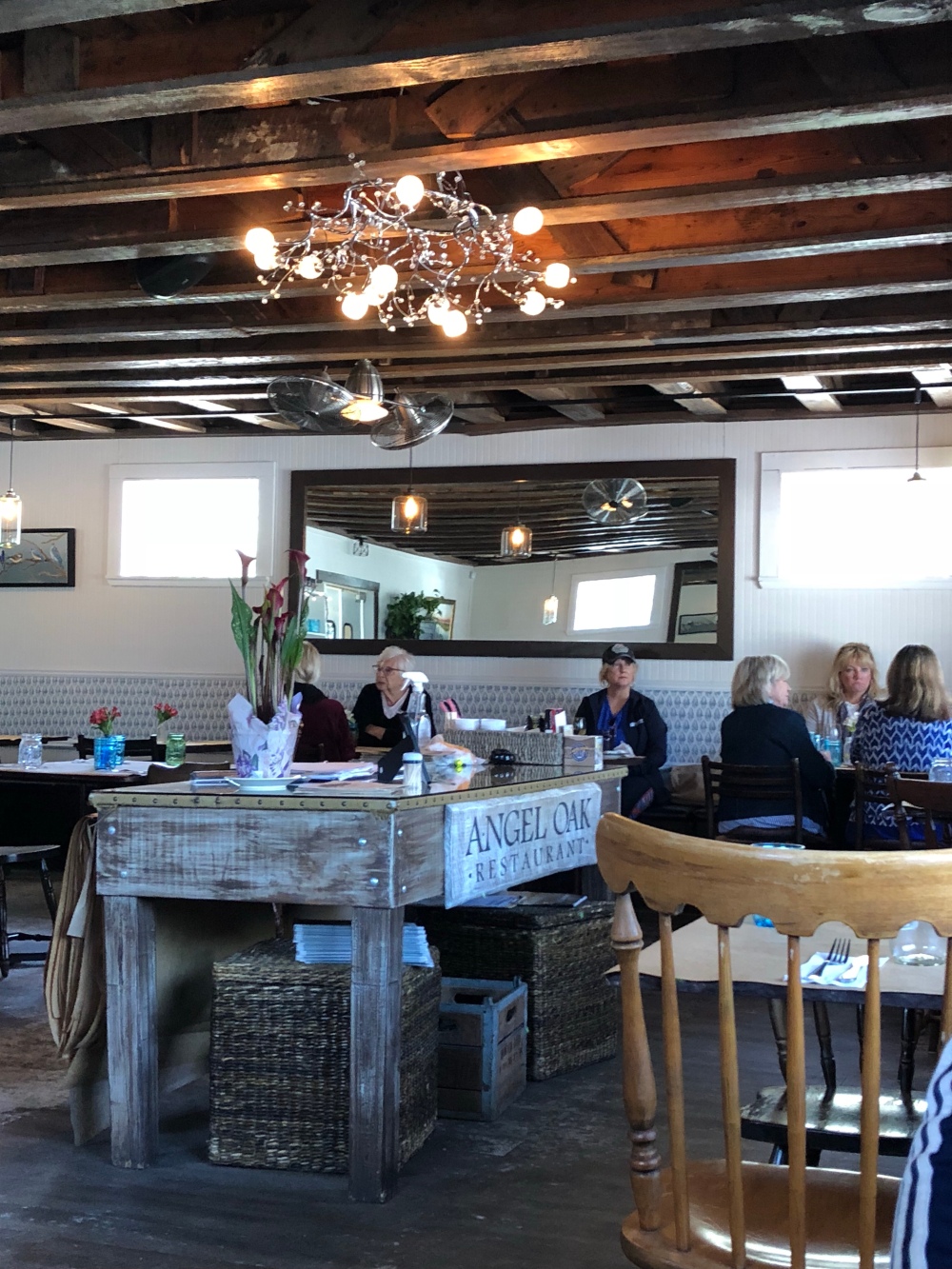 (Apologies for the kind of crappy picture quality on these, I couldn’t get my screen to brighten so I could see what I taken because my phone was being really weird again, I probably drop it too much)

The last place on our docket for the day was Magnolia Plantation and Gardens. We mainly did the petting zoo and the walking tour because I didn’t realize how much there was to do there. Heads up though, all of the extra tours and excursion things you can do there come at a rather hefty price. The bright side of that would be you can bundle it and a save a little money and it’s an all day experience. I’m going to include some pics but I thought it would be neat to make a post that is like a picture guided tour through the Garden Walk at the gardens. 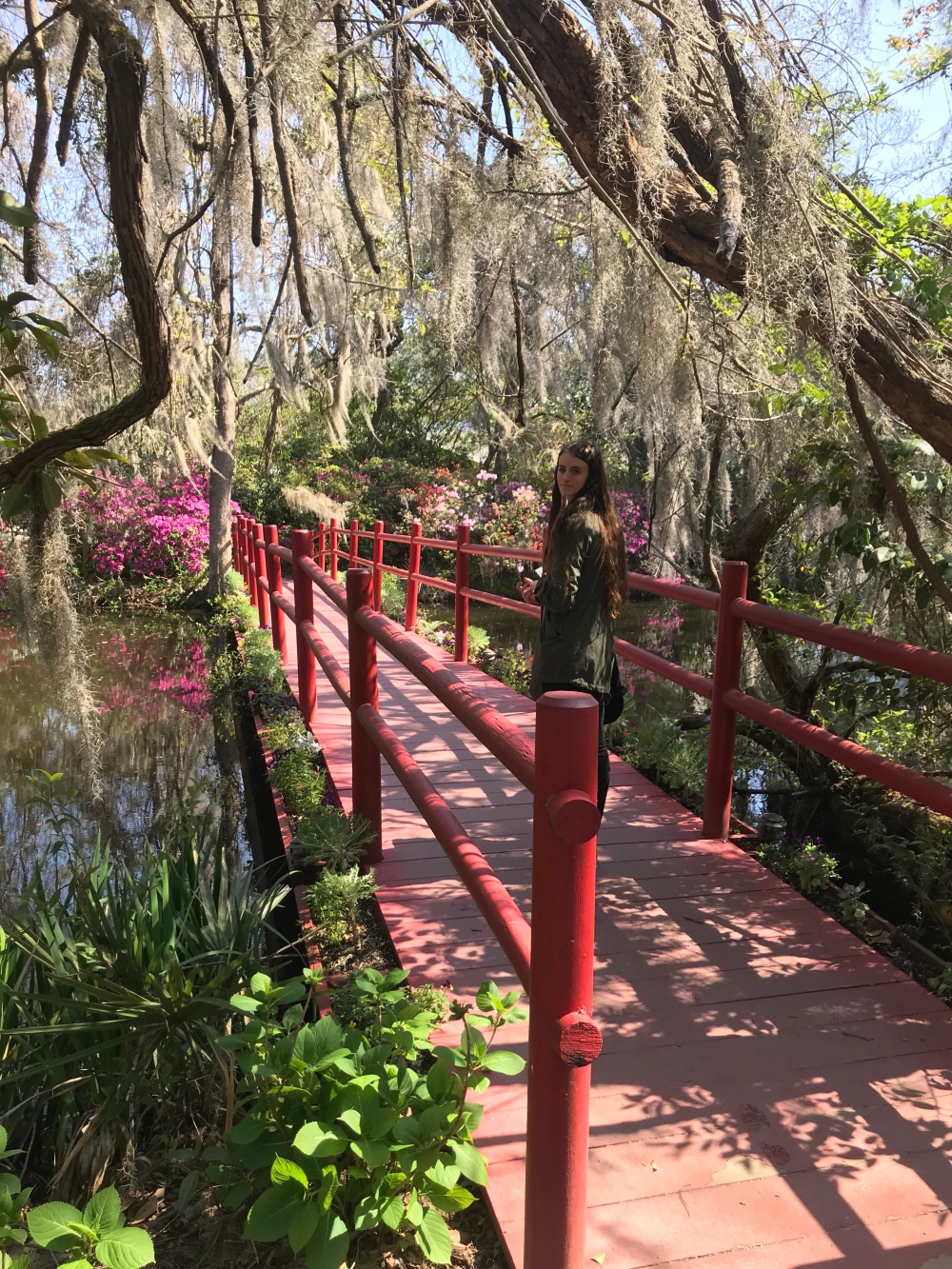 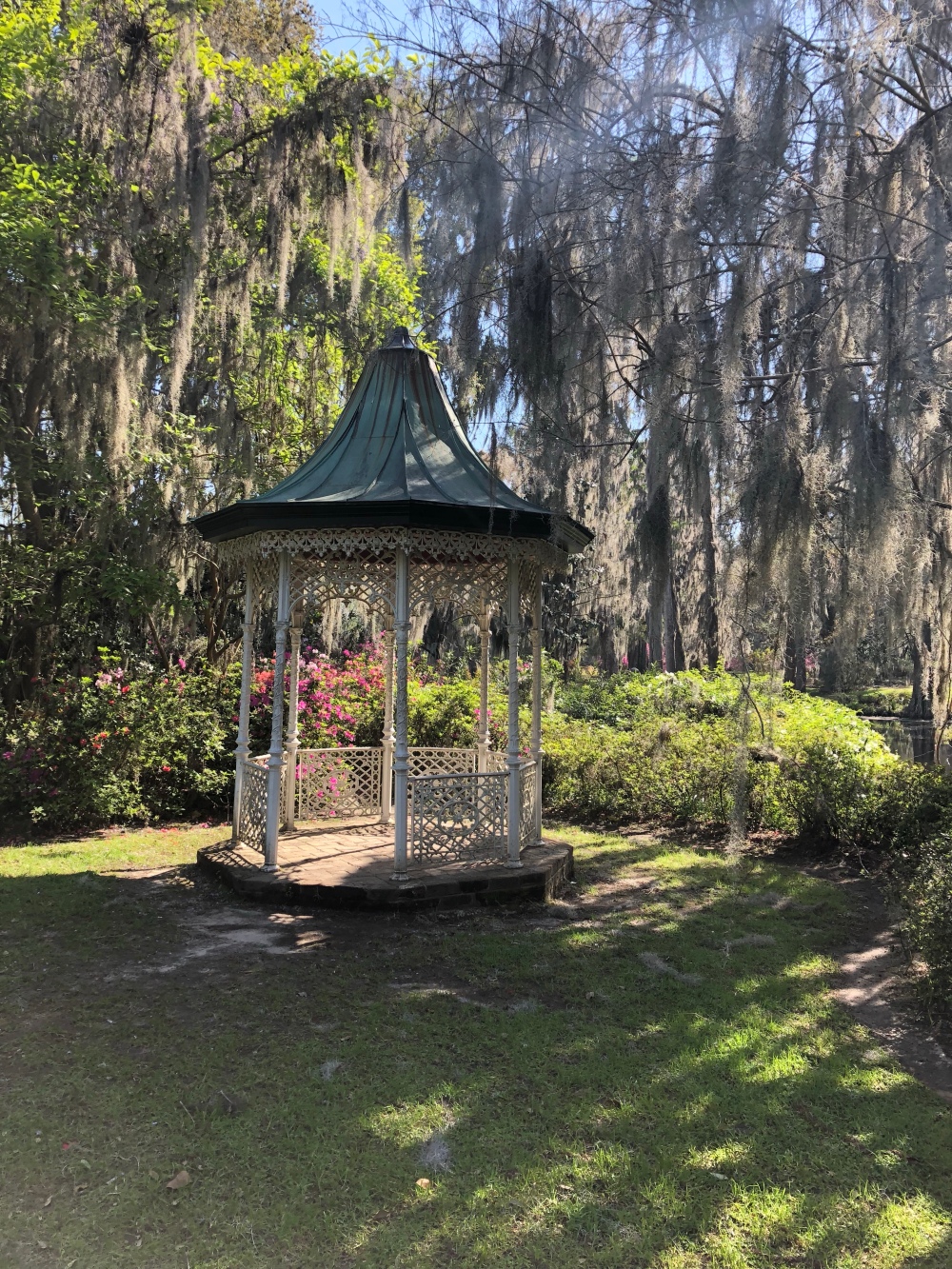 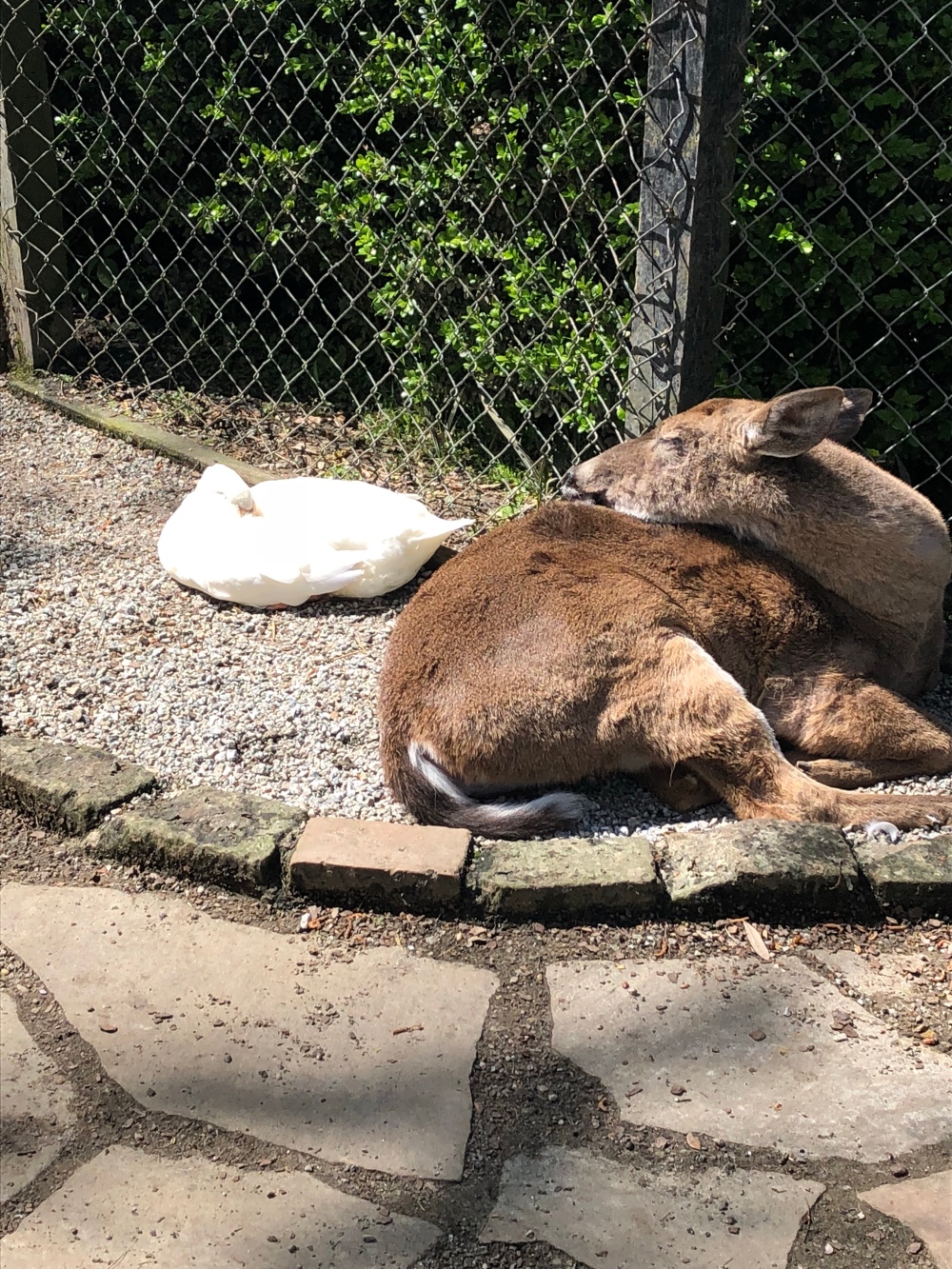 The last thing we did before heading bald to pack was get dinner at Poe’s Tavern. They have really good burgers and nachos so if you are looking for a good burger bar, I highly suggest you hit this place up!

Thank you so much for reading and I hope you all have a wonderful day or night wherever you are!